Thank you to the best community ever for your support of
InViolet’s 8th world premiere! 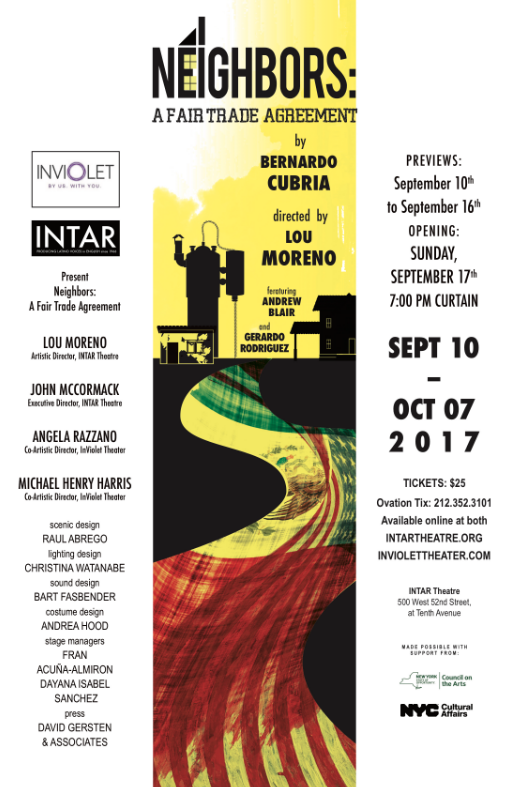 “NEIGHBORS stands as the most fully realized production I have seen on or off-off-Broadway this year”
-Juan Michael Porter II, Broadway World

“An imaginative and timely examination of class, ethnicity and U.S. hegemony…Sustained by well-crafted jokes melded with seriousness, earthy and fierce dialogue, culminating in a ridiculous and chilling denouement”
– Darryl Reilly, TheatreScene

Special thanks to the New Sanctuary Coalition
for participating in our first talkback on September 10th.  This incredible organization is dedicated to standing publicly in solidarity with families and communities resisting deportation and detainment.  Find out more about this brave community at www.newsanctuarynyc.org

Our next Second Monday Social is set for November 13th! RSVP Here!